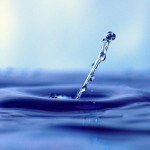 On March 20, 2014, the United States Court of Appeals for the Federal Circuit reversed and vacated a ruling by the United States District Court for the Eastern District of Virginia that had found Leif J. Hauge in contempt of a court order enforcing a previous settlement agreement (the “2001 Order”) and that had enjoined him from manufacturing and selling any pressure exchangers in competition with his former employer, Energy Recovery, Inc. (“ERI”). See Energy Recovery, Inc., slip op. at 2, 4.

The Federal Circuit held that “Mr. Hauge did not violate any provision of the 2001 Order . . . .” Id. at 12. Judge Wallach, writing for the panel, found that “[t]he Agreement only required Mr. Hauge to transfer ownership of the pre-Agreement pressure exchanger intellectual property . . . .” Id. at 8. Even if Hague was using his former employer’s manufacturing processes and the knowledge of its employees to create a pressure exchanger in a manner that infringed ERI’s patents or violated trade secrecy laws, these issues were not before the court. See id. at 9, 11. As “[n]othing in the 2001 Order expressly preclude[d] Mr. Hauge from using any manufacturing process,” the court did not find that Hague’s actions constituted a failure to assign “all other intellectual property and other rights relating to pressure exchanger technology predating [the] Order” to ERI. Id. at 8. Schwabe, Williamson & Wyatt provides an overview of the case and notes that “[w]hat is most interesting in the case is the fact that the [Federal] Circuit didn’t examine more closely the relationship between ‘all other intellectual property and other rights’ and the trade secrets involved in ERI’s manufacturing processes.” PatentlyO agrees with the Federal Circuit’s treatment of intellectual property as “the rights over that technology,” rather than “the technology itself,” and warns that the latter definition would “lead[] to chaos, confusion, and erroneous views about the law[].” In 2001, the district court adopted an agreement made between Hauge and ERI resolving litigation between the parties “related to ‘pressure exchangers,’ a type of energy recovery device used in reverse osmosis.” Id. at 2. The agreement required Hague to “irrevocably and absolutely assign[]” to his former employer patents and “all other intellectual property and other rights relating to pressure exchanger technology predating [the] Order.” Id. at 8. ERI argued that Hauge’s use of that pressure exchanger technology, as well as the expertise of two of ERI’s employees, to manufacture the “XPR” pressure exchanger in 2012 constituted a violation of the 2001 Order. See id. at 7. To find a party in civil contempt, a court must find that an order “sets forth in specific detail an unequivocal command which a party has violated.” Id. at 8 (quoting In re Gen. Motors Corp., 61 F.3d 256, 258 (4th Cir. 1995)) (internal quotation marks omitted). The order involved the ownership of intellectual property related to the pressure exchangers, and Hauge’s actions, even if they implicated patent infringement or trade secret misappropriation, did did not violate the specific provisions of the order. See id. at 9, 11. Thus, the Federal Circuit held that the district court abused its discretion by finding Hauge in contempt of the 2001 Order. Id. at 12. Moving forward, the Federal Circuit should clarify its notion of what constitutes intellectual property and trade secrets. As it stands, some parties will agree with the distinction drawn by the court in Energy Recovery, Inc. v. Hauge, perhaps arguing that this decision will foster competition and encourage technological development. Others will disfavor the decision, perhaps concerned that the court’s distinction will incentivize enterprising employees to leave their jobs and create competing products, using what many would consider to be “the very technology,” id. at 4, that they may have agreed to assign to their former employers as “intellectual property rights” in the first place. Paul Klein is a 1L at the Harvard Law School.